One of the nicest finds of my new area has been …..

do you see all those Happy Hens?

apparently it all started with 10 hens and a hobby,

but like Topsy it has grown and grown ….. and grown!

HERE THEY ARE in close up beauty! …..

I don’t know if they all have names ….

or if you live near NY you could try them for yourself ….

I do know that Fiona has names for her lovely ladies …….

From left to right,

I have been Inspired by Fiona’s blog many times …. well every time I visit actually!

(It was Fiona who had the inspiration to start 20 Minuters)

If you haven’t met up with her pop over and be Inspired yourself!

you won’t be disappointed!

Fiona’s posting about her New Girls is a really happy read ….

though at the time of her writing there had been no real product!

Which made me smile because I had just been watching

the DVD is well worth a buy …. though it costs much more that a

where “Poor Barbara” paints the greenhouse converted into henhouse – pink

what made me smile is that Tom and Barbara have the same situation as Fiona ….

(I won’t give away the ending!)

The series is probably not politically correct by today’s standards but is soooooo Good!

from Amazon ….. it is Eggcellent viewing!

Now I am saving my pennies for ….

“You can turn painful situations around through laughter.

If you can find humor in anything, even poverty, you can survive it.”

I think that really sums up the series ….

even Hens and no Eggs!

Hope you all have an EGGCELLENT  INSPIRATIONAL DAY wherever you are ….

thinking no-one would know where my new town is!

But as Penny at Violet White pointed out  http://violet-white.blogspot.com/

just hover your mouse over the High Street picture …

I am not very savvy when it comes to computers!

not needed until 2011  – but I promised it by this September

(the organizers are wanting to produce a

book so, earlier the better)

to make it mainly red, white and blue – our patriotic colours

Penny at Sew Take a Hike

I already have part of a Jelly Roll of American Primer

still I  would be happy to share it with an Athlete! :0)

and choose some complimentary red, white and blue fabrics.

THEN by the weekend I may be able to get in

the starting block and  GO FOR IT!

check out the web site:

“The “Gift of a Quilt” is open to anyone, any age, any skills,

it can be an individual, a group of friends,

a village project, a school project,

day centre’s, all you need to be able to do is hold a needle.

We will endeavour to keep the total updated as often as possible.

It is not too late to make a quilt and register it with us.

In fact register before you finish it so we know how many we have got coming in.

The quilt here is a detail of one made by the Clifton Quilters for the Project.

The Clock in the town

has a  LONG HISTORY

the cross and it then became a place where people sold perishable goods such as butter.

of Cogges who was a successful draper, wool merchant and local benefactor.

Cogges had plenty of common pasture where some local people kept flocks of sheep.

Some of those involved in the wool trade became rich and were able,

like the Blake family, to benefit the local community through endowments and charities.”

That is a long TIME ago.

It got me thinking about  T I M E.

Perhaps it is moving to a new area and everything is new,

my thoughts have been a little looking back,

a little looking to the future,

but it has made me think about my  T I M E here and NOW,

many seconds and minutes have ticked away in my writing even this post.

I only have one go at this thing called  LIVING!

Here are some words from others about this elusive thing ….

is something which everyone reaches at the rate of 60 minutes an hour,

“Time is too precious to spend – it should be invested”

Are you aware that

there is another clock that is ticking ….

and it does have an  ALARM

“No one knows about that day or hour, not even the angels in heaven, nor the Son, but only the Father

So you also must be ready, because the Son of Man will come at an hour when you do not expect him.”

Therefore keep watch, because you do not know the day or the hour.

the words of Jesus  Christ.

But we can get ready and be watchful for the times in which we live.

to click on the Billy Graham button on the right ….

it will only take about 5 minutes of your TIME

but would last for the rest of your lifeTIME!

Whatever the  T I M E   clock says where you are,

Moving to a new place can be a very traumatic and stressful time …..

on the other hand it can be

a very exciting and exhilarating time filled with new opportunities

That’s the option for me!

come along for a short tour as I find out about places near to me ….

and a little further away from me ……

or within walking distance

the town is a market town, with also a Farmer’s Market at sometime in the month.

It was world famous for a certain product in the wool industry,

Lots of history to discover with a small museum tucked away in a little courtyard,

but unfortunately my Bella wont, as she isn’t allowed. Sad!

MY NEW PLACES TO VISIT – not too far away …

Blenheim Palace, birthplace of Sir Winston Churchill, and his grave in nearby Bladon.

However the brochure says, Woodstock has much more to offer…

so I will have to have a trip out and discover just WHAT!

– As soon as my bus pass turns up in the post!

But THIS does look impressive!

“Set in the Oxfordshire Cotswolds, Blenheim Palace is considered to be one of the finest baroque houses in the country. It was a gift from Queen Anne and a grateful nation to John Churchill, 1st Duke of Marlborough, in recognition of his famous victory over the French at the Battle of Blenheim in 1704. It is now the home of the 11th Duke of Marlborough and is lived in and cared for by the family for whom it was built. Inside the Palace can be found a superb collection of tapestries, paintings, porcelain and furniture in the magnificent State Rooms.

Sir Winston Churchill was born in the Palace in 1874 and a permanent exhibition about him is located next to his birth room – both are included in the Palace tour. Sir Winston loved Blenheim and, as a member of the family, was a frequent visitor during his long life. He is buried in a simple grave in the nearby church at Bladon. A separate exhibition, ‘Churchills’ Destiny – the story of two great war leaders’, celebrates the achievements of Winston and his great hero and ancestor, John Churchill.”

Seeing as I am reading Churchill’s 6 volumes of the Second World War, I think I MUST

go and see where he was born.  I had assumed that as such a great leader of our country

that he would have been buried in Westminster Abbey ……

So I will have to make a trip to:

is a place of pilgrimage.

” It was January 1965 that the greatest Prime Minister in British history came back to the Cotswolds to be buried. Sir Winston Churchill was laid to rest, next to his parents and other members of the Spencer-Churchill families. in the small cemetery at St Martins.”

One thing I do already know about Bladon

is that it has a gorgeous ….

“Perched on the highest point in Oxfordshire,

Chipping Norton was once a centre for the Cotswold wool trade

and was given a Royal charter by King John in 1205.

The medieval Guildhall and St Mary’s Church reflect the prosperity brought by the wool trade.”

Isn’t this so pretty? and so typically English?

along the banks of the River Windrush

“Located in a picturesque position beside the River Windrush in the lovely village of Minster Lovell are the ruins of this 15th century manor house, home of the Lovel family for centuries. The manor of Lovell was once in the hands of the crown, and appears to have been granted to the Lovel family by Henry I prior to 1124. The manor holding passed through a succession of Lovels until John Lovel (d. 1310) was created first Lord Lovel.”

I think it is all very  INSPIRING.

I hope you have enjoyed visiting my new area with me!

I wonder if anyone knows where I now live?

Well, just about all empty now!

It takes a while to find where to put everything,

it is quite a shock to find out how much STUFF a person has!

and I thought I was a minimalist!

The Street where I Live!

I really like it, and along with Bella I am finding my

way around the district,

I will blog again soon, but at the moment I am in a lovely

cafe because our internet isn’t connected …..

it is surprising how much I miss my friends in blogland!

“A superior selection of the finest chocolates chosen for their purity of ingredients and outstanding flavours.”

well, my hand goes up for  THAT box!

I remember having one just like this – (oh dear, now it’s called a vintage box!)

a knife into the slot and shaking!

“This is a rare tin in the form of a English Post Box that was intended to used as a money box once its original contents of wafer biscuits were consumed, Circa 1950s.

The tin was produced for The Garden Co., Ltd; Bakers and Confectioners of Hong Kong”

see it for yourself at ….

and lots of bits and bobs ….

the boxes that I am interested in right now are

I am leaving the beautiful High Peak district of Derbyshire ….

and my lovely trundling walks with Bella 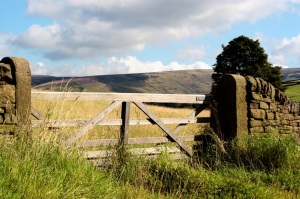 our favourite field on the Derbyshire Level

the old village, the park

and the little town that I have grown to love

it has a bitter-sweetness to it,

I will be leaving family, friends and home ….

but I am going to more family

and God willing, make new friends and a new home.

My last Sunday’s post means a lot to me,

I pray that I may I truly blossom where I am planted.

and it’s Hello down there!

I will be back in Blogland soon!